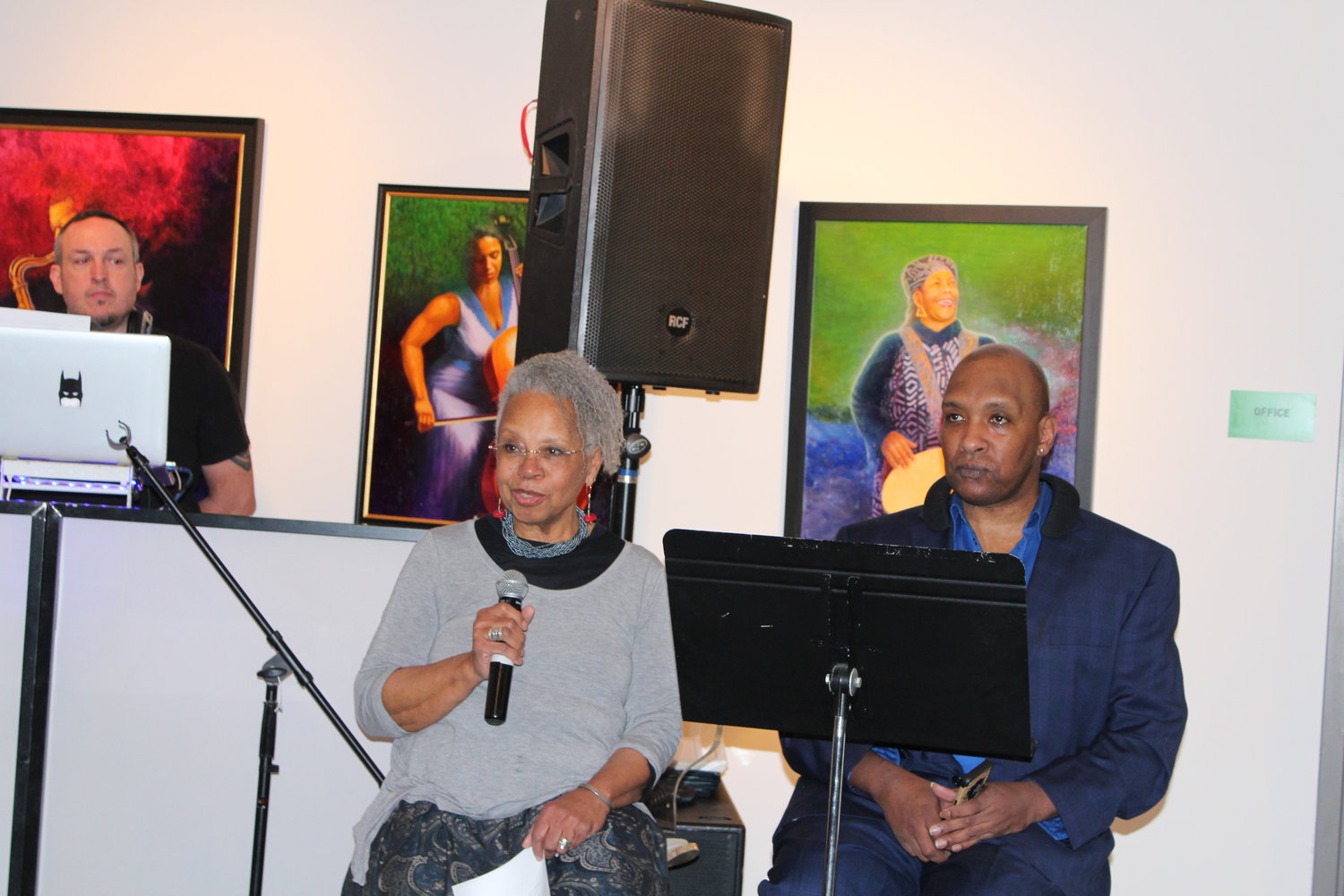 “Growing up, I admired my grandparents, Everett and Fay Dooley, especially my step-grandfather Dooley,” said Tracy Todd Hunter, who lives in Patchogue Artspace. “He came from the South from Alabama after World War II. The South was so ingrained in him; he had a different way of speaking. He was a very fine gentleman, he was very understand- ing, very kind and very generous, was a member of the Knights of Columbus and served at Our Lady of Mount Carmel as a Eucharistic minister, usher, choir [member] and volunteered at the Bingo hall. I couldn’t ask for a better role model. We grew up nearby at 42 West Avenue, the home is still there. Patchogue schools weren’t segregated and a lot of white kids came to our house. There were Blacks, whites, Puerto Ricans, it was like one very happy village. We had an African-American neighborhood on South Street along with Italians, and grew up in such a wonderful environment. It was the DeVitos, Monacos; the Monacos lived next door to my aunt, also the Romeos, and it was a neighborhood where everyone got along. We had block parties and youth councils and trips. Clare Rose would come out and give me a soda sometimes. We had things to do when we were young, during the 1960s, ‘70s and ‘80s. Moving forward, people who came to live here in the 1990s don’t know this. I’m African-American and Shinnecock, and there were interrelations between the Smiths, Hunters and others. My grandfather had a slave master’s name and grew up with a fear of white people because of his Southern experiences, but my grandmother reprogrammed him.”

As for his initiatives since Black Lives Matter: “This year is the 10th anniversary [of] ‘Of Colors’; [a joyous event at Artspace celebrating Black and white leaders, both in the community and in industries, with art and music],” said Hunter. “We’re doing a virtual art event and I’m in the midst of planning it. It will probably take place around the end of the month. I joined the NAACP and have had conversations explaining Black history. Some people stopped talking to me, some embraced me more. A lot of people don’t have Black friends or an understanding of who did what; also, there’s a lot of negative rhetoric against Black people since the Capitol attack because they feel Black people were responsible [for] it.”

Hunter has received many honors, including from Brookhaven Town, the Black History Commission, former Sen. Lee Zeldin and the Artspace Steve Kramer Award for Community Service. Hunter was chosen as a curator for the art exhibition “Embracing Our Differences - Long Island,” for the Suffolk Center on the Holocaust, Diversity and Human Understanding Inc. at Suffolk County Community College.

Also, the House of Representatives hosts a nationwide high school art competition every spring to raise awareness of the importance of art programs in schools, and to recognize and celebrate the creativity and diversity of students. Hunter was chosen as the curator and organized the judging at Artspace Patchogue over a five-year period for the Congressional Art Competition in the First Congressional District served by congressman Lee Zeldin. 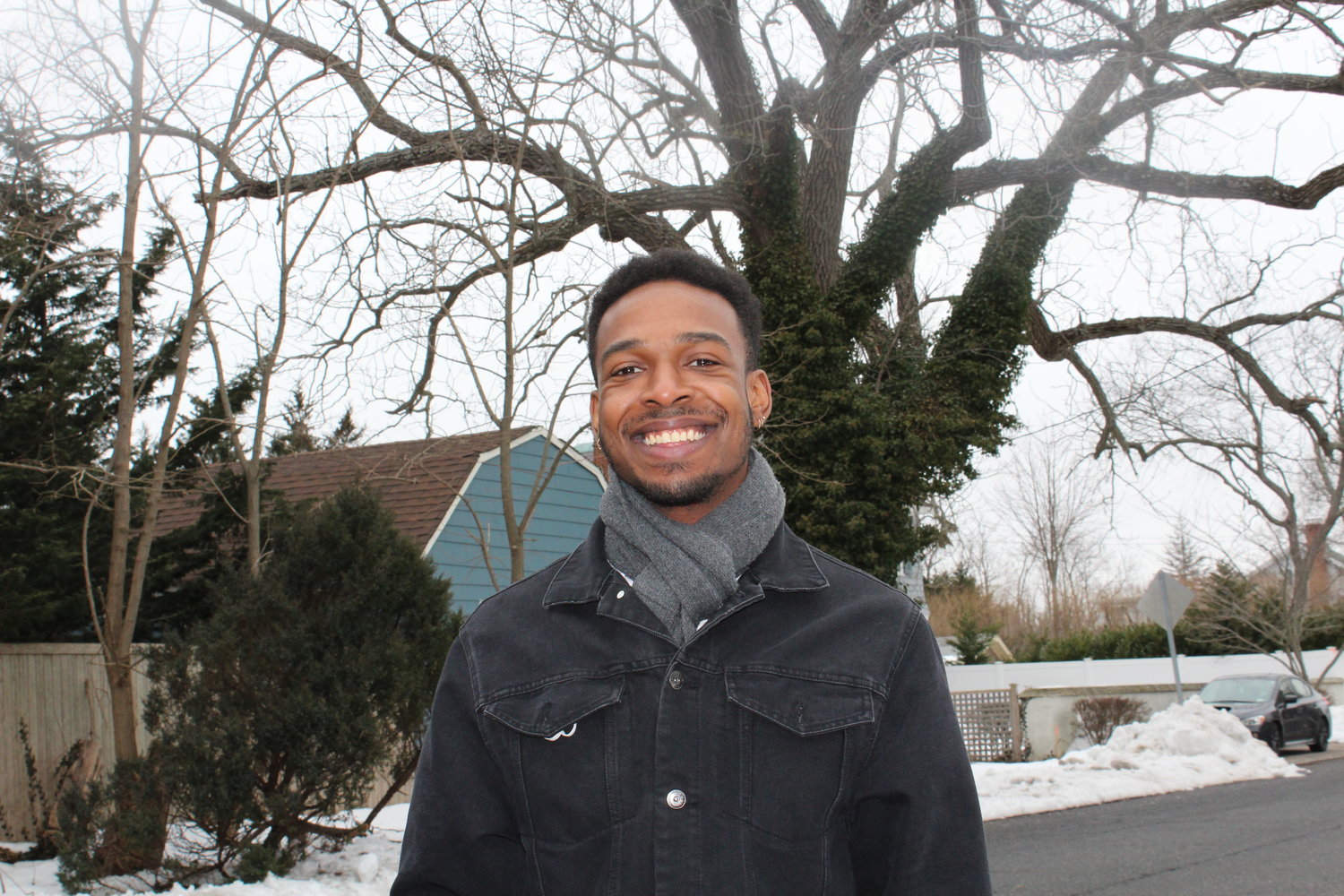 Ramsey Pack looked to his grandmother, Minnie Brown, for important life lessons. The other person was Oprah Winfrey.

“I cherish her for the example she set for me,” Pack said of Brown. “I can always trust that her intentions were a pure and guiding force.” Brown, 82, is a missionary at Community Baptist Church in Gordon Heights and lives nearby. Pack lives on the Medford-Gordon Heights border.

“One conviction she set forth is forgiveness,” Pack said. “She has poured it out to nieces, nephews, uncles and doesn’t receive a lot of thank yous. That threw me for a loop and I asked her, ‘Grandma, why is it so easy for you to be forgiving?’ And she told me she looks at her actions as putting bricks into her mansion in heaven. It solidified that I want to be selfless like her and in tune with the resources I have to provide and give to others who don’t have.”

As for Winfrey, Pack admires the philanthropic talk show host, television producer, actress and author for the same qualities. “Also for how much and how well she listens to her guests,” he said. “She’s an empathetic listener.”

“I even wrote a letter wanting to marry her,” Pack laughed. “But with both of these Black women, their qualities are something I want to emulate.”

Pack, a Longwood High School graduate, has volunteered at the Community Baptist Church as a Willing Worker and youth mentor on and off. When he attended Carnegie Mellon University major- ing in drama in Pittsburgh, he worked with a jazz teacher, teaching dance to underrepresented communities. “You had these young, aspiring artists and let them know their dreams were possible,” he said of the rewarding experience.

He’s more politically conscious lately and has more inner dialogues with himself. “For a long time, I didn’t align myself with the Black Lives Matter movement until the death of George Floyd,” he said. “Now it’s being heard and we saw actions take place that the movement would go someplace. So I started to advocate for myself. I went to Rabia Aziz, a community organizer in Gordon Heights; she’s with the Brookhaven Town Democratic Committee. I met her in Lowe’s and told her where I was at and she told me to send her my resume.” Aziz sent it to Legis. Rob Calarco (D-Patchogue). “I got the interview,” Pack said.

He started as Calarco’s legislative aide on June 29. “There’s so much I learned in this position every day and it’s a feeling I cherish,” he said. “There are things that challenge me, and that’s growth.” He admires Calarco’s sincerity and listening skills with constituents. “Working for him, that’s everything to me,” he said.

Pack, 23, has political aspirations of his own. “I see myself serving as a legis- lator, and in the future, county executive. I don’t want to lose the genuine qualities I possess for the people, by the people. I also have aspirations to become a New York State senator.” 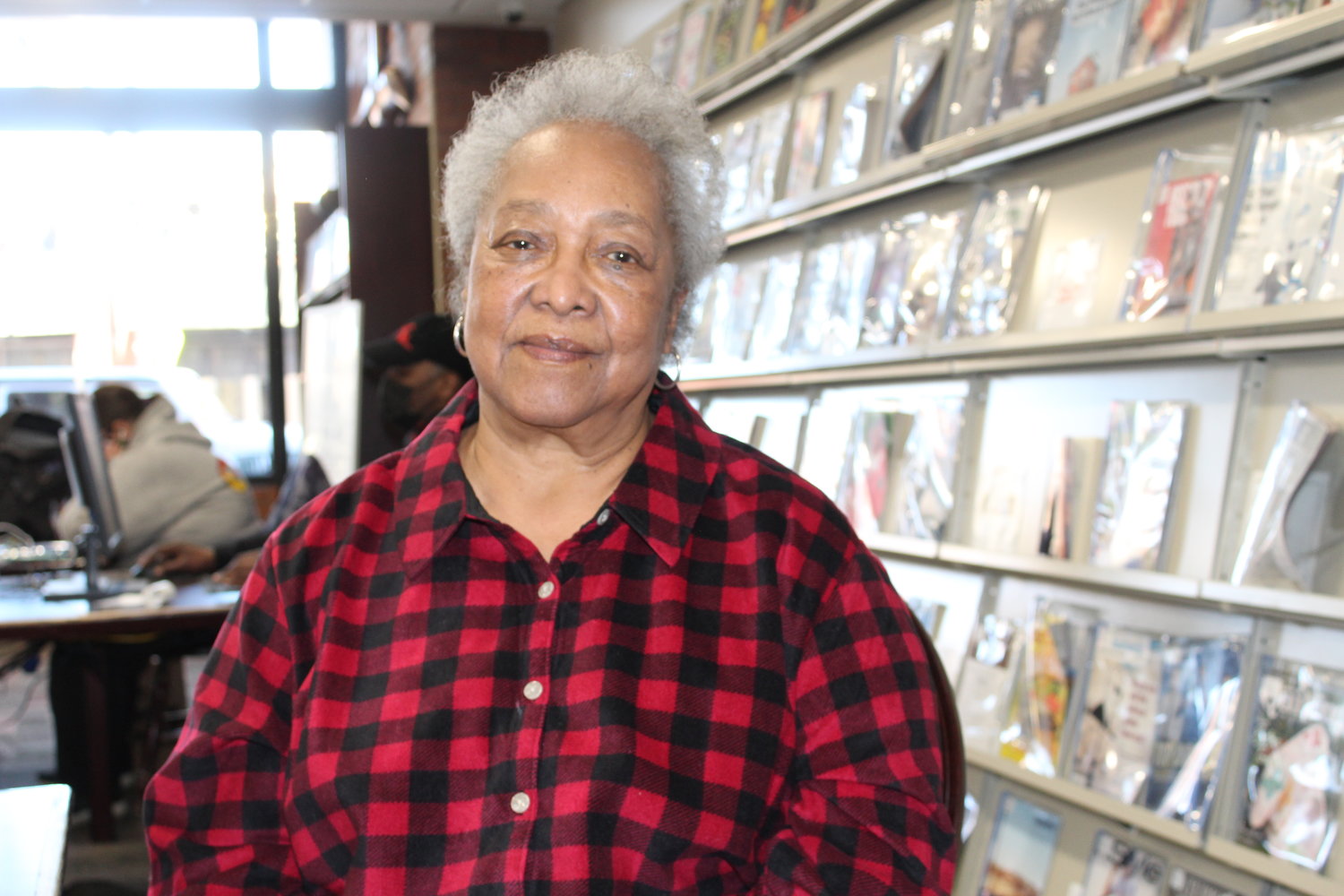 Pamela Gwathney, of Bellport, grew up in nearby Sayville and Patchogue villages.

“I lived a pretty sheltered life,” she recalled. “I actually lived in one of Father Divine’s houses on Macon Street in Sayville.”

(Black minister Father Divine had a large following. He arrived in Sayville in 1919, purchasing a home at 72 Macon Street and believed people of all races should live in harmony and espoused morality. He was pressured from the community in 1933 to take his Peace Mis- sion movement to Harlem.)

“It was a diverse neighborhood with Scandinavian, German, Irish neighbors and we lived together, even sharing the bounty from our gardens. My father was a gardener at what is now the Green House in West Sayville. My role models included singer Mahalia Jackson. Later on, it was Dorothy Height [recognized as one of the most influential women in the modern civil rights movement]. She was president of the National Council of Negro Women; they had a branch that focused on young women in Bay Shore; then, Mrs. Williams, who was a member of the First Baptist Church in Bay Shore and did a lot of work with young girls. I went there twice a month; my mom had died and Mrs. Williams focused on me and even spent a night at her house; she really nurtured me. But also Mrs. Ella McLean from Grace AME Church [Mrs. McLean, who turned 100 last year, is the church historian and plays piano and organ]. Her daughter and I were like sisters; she’s been like a mother over the years. They taught me etiquette; Mrs. McLean taught me ballroom dancing for the cotillion. We had fashion shows in Patchogue that included Beehive and Lenten’s department stores. That was a big job, teaching me to be confident and to believe in myself because I was depressed after my mother died. Public speaking, singing in front of an audience, I learned from them.”

Regarding her involvement in Black issues, “I’m not political, but through the years when my children were small, I was very involved in the community in Bellport. I spent a lot of time with the Economic Opportunity Council of Suffolk Inc. and Head Start, where I worked in the central office. I was help- ing people have a voice, especially people with kids in the public school system and being an advocate for kids who could not speak for themselves. I participated in the Black Lives Matter march with my granddaughter when she asked me—I’d never demonstrated before. As for initiatives, I try talking to young people, urging a new social conscience, one-on-one with my grandchildren and their friends. They don’t feel that their voice matters, so I try to be a role model and challenge them with questions like, ‘Why don’t you want to go to a meeting?’ or ‘Why don’t you want to vote? I’ll go with you.’ Just little things like that so that they can see a broader world. I think a lot lately of ‘I Dream A World’ by Langston Hughes, where he says, ‘Love will bless the earth.’”

Running for a cause

A ‘can-do’ attitude of service

A unique gift for everyone—On Main